Teaching Kids to Be Responsible with Money

Including a Self-Directed IRA in a 401(k) Rollover

Individual retirement account options are not necessarily limited to traditional financial assets. Individuals planning for retirement can diversify their tax-advantaged investments by rolling over a portion of their 401(k) account to a self-directed IRA.

Most IRAs are invested in relatively safe financial assets such as stock mutual funds. Over the years, the broad mix of stocks held by a mutual fund tends to provide a more consistent performance than owning stock in just a few companies. Of course, the stock of some specific companies always outperforms the market average. The price of other types of assets, however, may rise or fall independently of the stock market.

The market price for gold is always easily accessible, making gold a popular alternative asset. The holder of a self-directed IRA with ownership in gold does not actually possess the metal itself. IRS regulations require the physical gold to remain under control of the sponsoring trustee. Only the most highly refined gold bullion qualifies for inclusion in a self-directed IRA, as well as certain gold coins.

Self-directed IRAs can be either traditional or Roth types. The tax-deferred status of a 401(k) account balance is maintained by rolling it over into a traditional IRA. Distributions are then taxed when eventually withdrawn. Alternatively, a 401(k) rollover to a Roth IRA is taxable. However, future withdrawals are generally not taxed, including any increases in the price of gold held in a self-directed Roth IRA.

Like a regular IRA, a self-directed IRA can be funded from either your current earnings or through a rollover. There is an annual limit on IRA contributions made from current earnings, but that limitation has no direct effect on rollover planning. If your plan allows it, you may roll over any portion of your existing 401(k) balance to a self-directed IRA and roll over the remaining portion to a regular IRA.

In addition to precious metals, several other alternative asset types can be included in a self-directed IRA. Contact a financial planner for more information about 401(k) rollovers or self-directed IRAs. 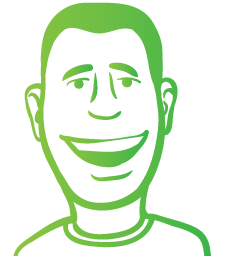 Since childhood, I’ve loved to save money. Unlike many kids, I never spent the money friends and family members gave me for my birthday. Instead, I dutifully put every dollar I received into my savings account at my local bank. As an adult, I enjoy teaching my kids the importance of being responsible with money. For instance, I require them to save a portion of all of the money they receive. I also show them how to shop for the things they want on clearance. On this blog, I hope you will discover ingenious ways to teach your kids how to save money. Enjoy!